Create a post
No social links are set.
677 shares 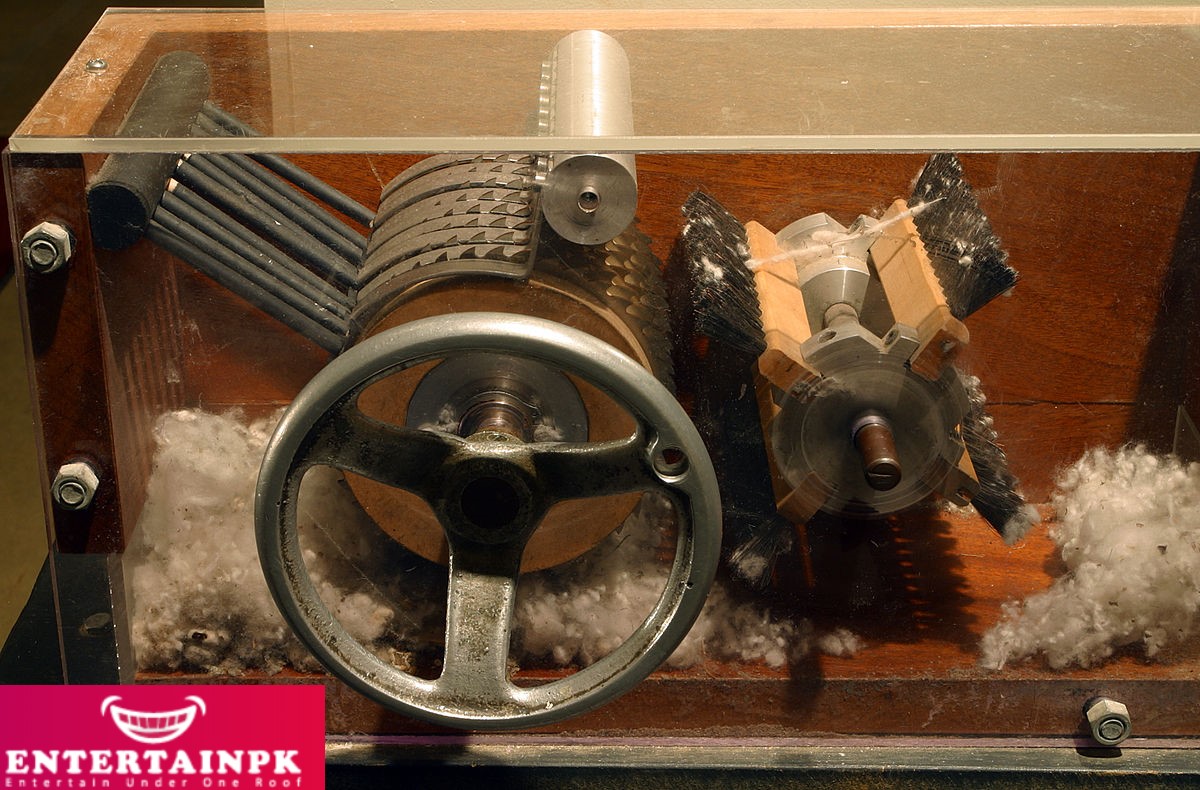 A cotton gin is a machine that separates cotton fibre from cotton seeds. It can quickly and easily separate the cotton fibre. The cotton gin has a wire screen and small wire hooks to pull the cotton through the screen, separating the seeds.
Eli Whitney
Eli Whitney was an American inventor and manufacturer. He invented the coton gin in 1793. Whitney’s cotton gin is also known as the saw gin. Whitney was a private tutor on a
plantation in Georgia. While working there, he saw that cotton planters wanted to make their plantations profitable. Removing cotton from the seeds was a time-consuming process. After working for a few days, Whitney came up with the first cotton gin. It was a wooden box that had a cylinder with wire teeth. The cotton was put in through the cylinder. As the cylinder began to spin, the wire teeth passed through small slits and pulled the cotton fibre leaving behind the seeds. Eli Whitney took almost a year to make the first full size working cotton gin. It could produce up to 23 kg of cleaned cotton daily. This was 50 times more efficient than the process of removing cotton seeds from the cotton fibre by hand.
Before the invention of the coton gin, cotton seeds were carefully removed by hand, which was a time-consuming process. The invention of the cotton gin marked a major turning point in the history of cotton production, especially in the United States of America. It revolutionised the production of cotton in the world.
Cotton woes 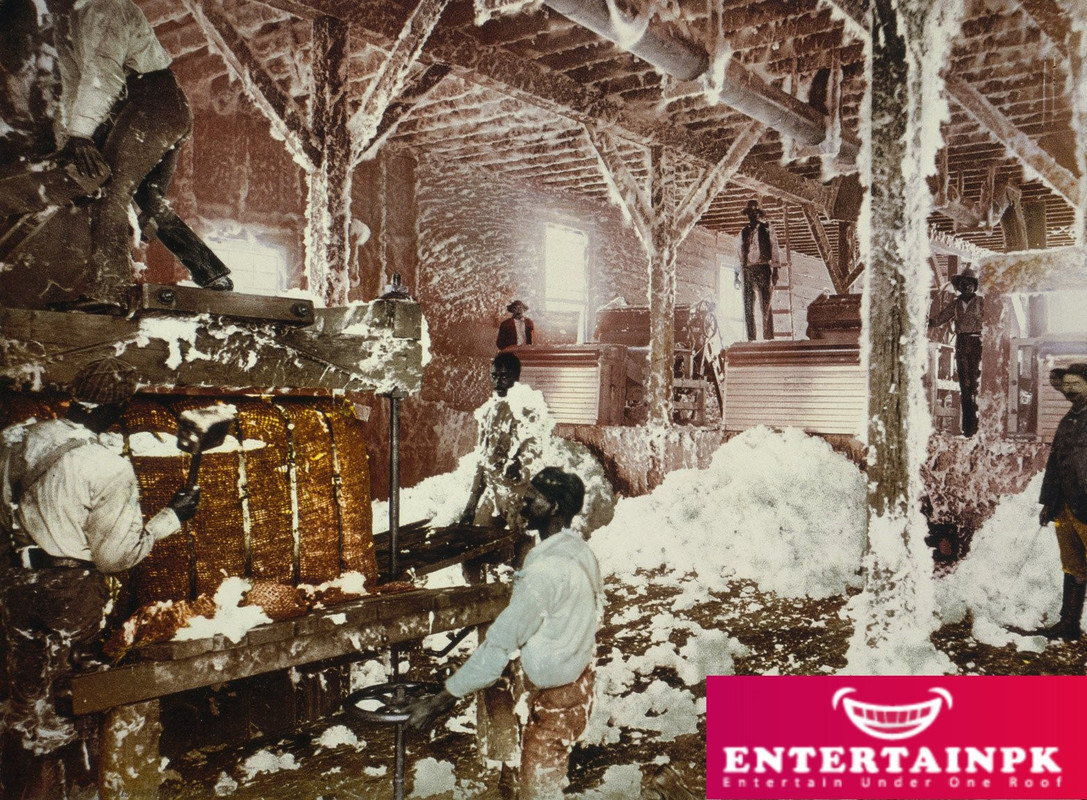 With the growing cotton industry, most farmers in America switched to cotton farming
This affected the cultivation of food crops. The supply of food decreased The economy of
the country became dependent on the cotton industry. The cotton industry Cotton also led to the rise of slavery in America.
Roller gin 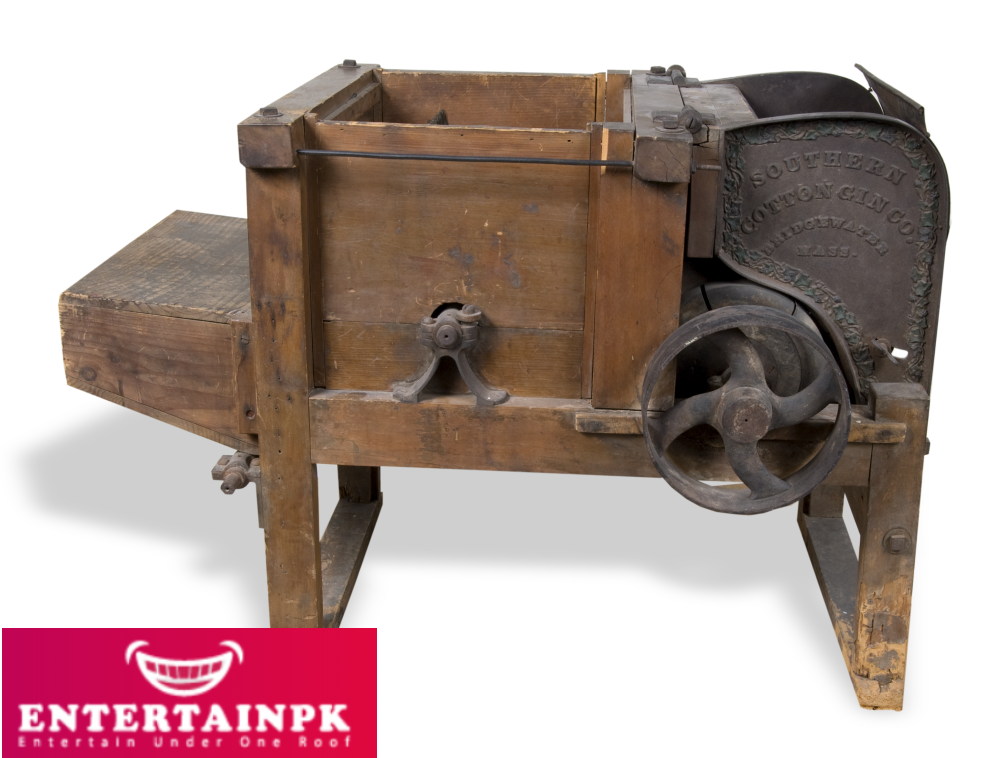 The roller gin is a type of coton gin. It is a mechanical device that was used to remove seeds from cotton in the Bahamas and on the Sea Islands of Georgia in the 18th century. The roller gin had two smooth rollers. The seeds were squeezed out of the cotton fibre using the rollers. The roller gin never became very popular as it was not effective in removing seeds from the fibres of short staple cotton.
Cotton industry
The invention of the cotton gin played a major role in the Industrial Revolution in America. It helped revive the deprived economy of southern United States. Before the invention of the cotton gin, indigo and tobacco were the only two cash crops grown. Cotton needed very
little pesticide to grow and soon became the farmers favourite crop. It was grown across the country.
Modern cotton gins 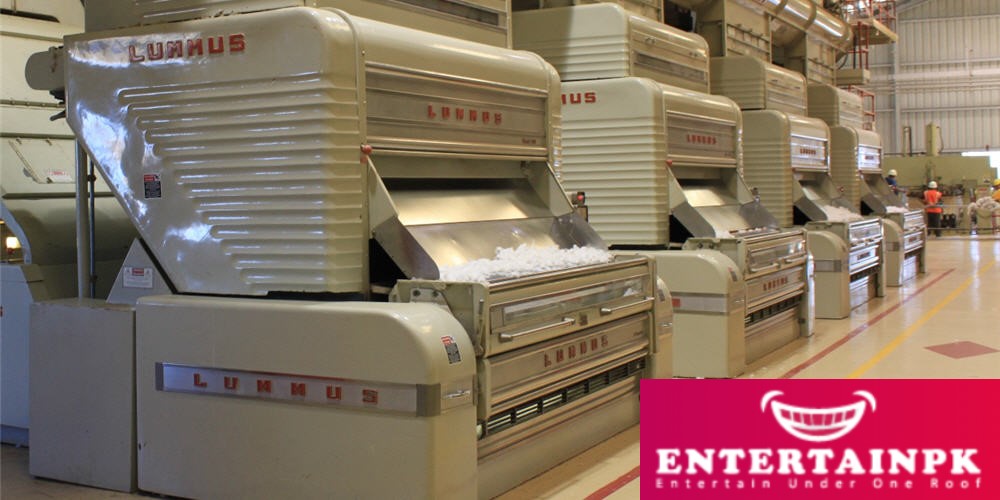 odern automatic cotton gins are also based on Whitney’s cotton gin. Recently, devices for removing trash, drying, moisturising fractioning fibre, sorting, cleaning, and baling cotton in bundles have been added to modern cotton gins. Highly automated gins use electric power and air-blast or suction techniques. They can produce 14 metric tonnes of cleaned cotton in one hour.