Create a post
No social links are set.
697 shares

Bicycle
a handlebar, and a seat. They do not have an engine and are propelled by foot pedals. They are the principal mode of transportation in many countries. Cyclingicycles are vehicles with two wheels is also a popular form of sport an leisure activity Bicycls vary in shape, size, and use. They are used by people for many different purposes including recreation, exercise, and transportation. They are common throughout the world and especially in
China, India, Brazil, Italy, South Korea, Japan, Taiwan, and the United States, Cycling is also an Olympic sport.
Early attempts
Many attempts were made to invent the bicycl. The bicycle was not invented by one single person. In 1490, Leonardo Da Vinci made the first known drawing of a bicycle. Jean Theson
invented a bicycle-like vehicle in 1645 in France It resembled a bicycle but was a four-wheeled machine. It had no brakes, pedals, or steering mechanism and needed foot movement.
Celerifere
Comte Mede de Sivrac, a Frenchman, invented an early form of the bicycle in 1790. It was
called celcrifere. The celerifere consisted of a wooden beam, which had wheels attached to
it. It did not have a handlebar. The rider had to sit on a cushion on the beam and propel the vehicle by pushing his feet on the ground. 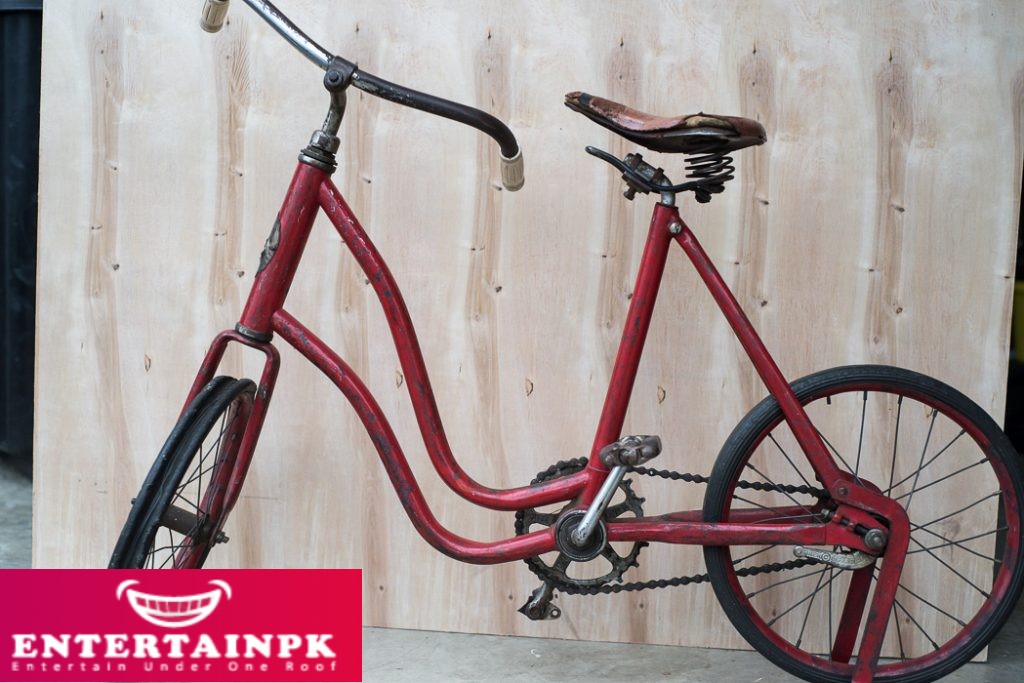 Laufmaschine
In 1816, a two-wheeled vehicle was invented by Baron Karl von Drais of In the laufimaschine. It had a steering d handlebar built on the frame.The passenger had totrai Germany. It was device and a enabled the fros self by running on the ground. It was al completely made of wood and had no emost also called a draisine.
First true bicycle
In 1839, a Scottish blacksmith, Kirkpatrick Macmillan, added pedals to a draisine type
two-wheeled bicycle. His invention was the first true bicycle. It had wooden wheels and was calle the ‘hobby horse’. It had a 76 cm front wheel an 101 cm rear wheel. The foot pedals of the vehil were attached to the rods connecting the rear wheel. This vehicle allowed the rider to keep his feet off the ground. It was propelled by downward and forward thrust of the foot. Late an improved model of this vehicle was made it 1846 that was widely used in England.

Velocipede
The velocipede was an early model of the modern bicycle. Velocipede is a French name for
the bicycle. This loose-pedaled vehicle was common in France in 1855. The velocipede had
wooden frame and wheels. The tires were made of iron and the pedals were connected to the front wheel. The front wheel was higher than the rear wheel. Later, a Frenchman,
Pierre Lallement, made a velocipede with steel wheels in the 1860s.
Rover safety bicycle
The Rover safety bicycle was designed by John Kemps Starley in early 1885. It was a
diamond-framed bicycle with two similar sized wheels and was first exhibited in London. It was built quite close to the ground and was driven by a chain This bicycle became a universal mode of transport.

Tricycle
The tricycle was invented in the 19th century. It evolved from a three-wheeled horse-drawn carriage used in 1828 Adult pedal tricycles were made in the 1860s, which were not much safer than bicycles. In the late 1880s, tricycles called sociables’became popular. These tricycles could be steered by two people sitting side-by-side or one behind the other.
Penny-farthing 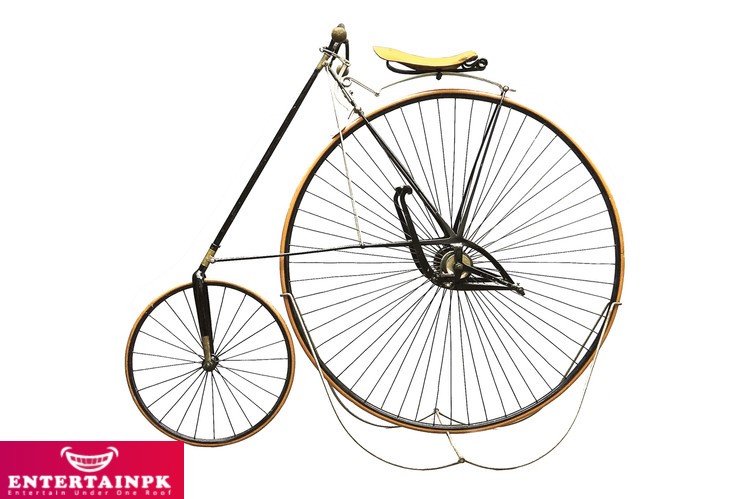 Penny-farthing is also called the high or ordinary bicycle. James Starley, a British engineer, invented the first model in 1871. It evolved after the velocipede and other early cycles. It was the first efficient bicycle It consisted of a small back wheel and large front wheel turned around on a simple tubular frame with rubber tyres.